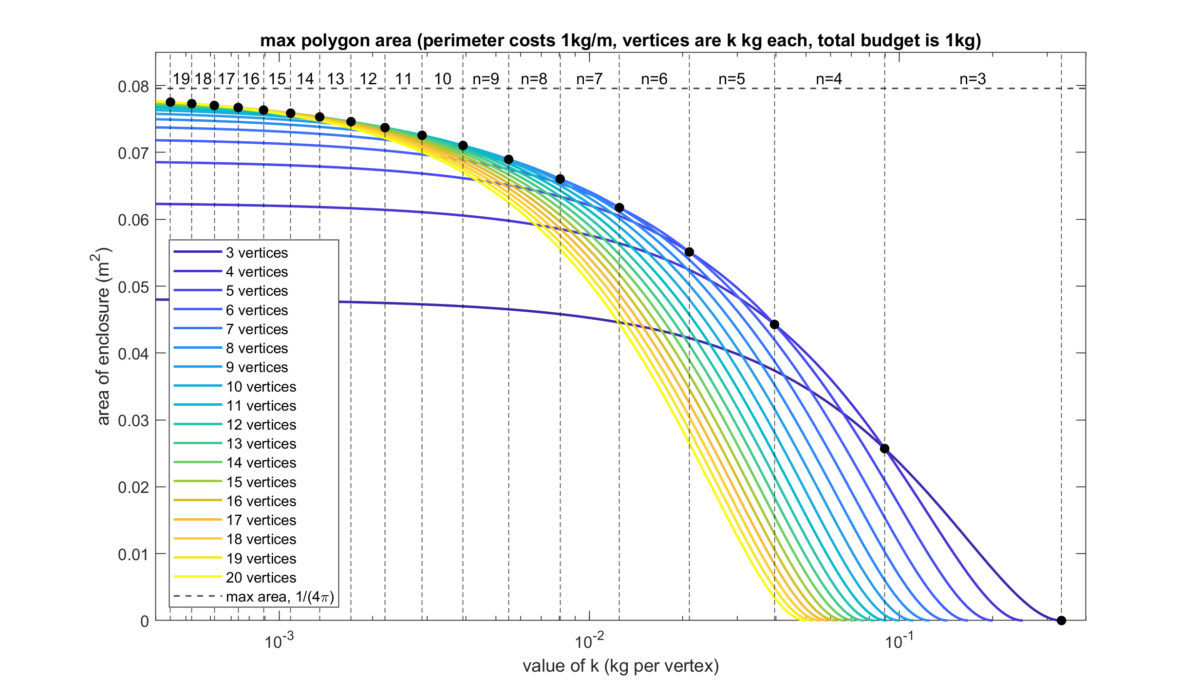 his week’s Riddler Classic involves designing maximum-area polygons with a fixed budget on the length of the perimeter and the number of vertices. The original problem involved designing enclosures for hamsters, but I have paraphrased the problem to make it more concise.

You want to build a polygonal enclosure consisting of posts connected by walls. Each post weighs $k$ kg. The walls weigh $1$ kg per meter. You are allowed a maximum budget of $1$ kg for the posts and walls.

What’s the greatest value of $k$ for which you should use four posts rather than three?

Extra credit: For which values of $k$ should you use five posts, six posts, seven posts, and so on?

For a fixed perimeter, the maximum-area polygon with $n$ sides is a regular polygon. Since we are interested in maximizing area, we should therefore always use regular polygons as our shape, and we should always use our entire mass budget of $1$ kg.

Let’s talk about limiting cases for a moment. 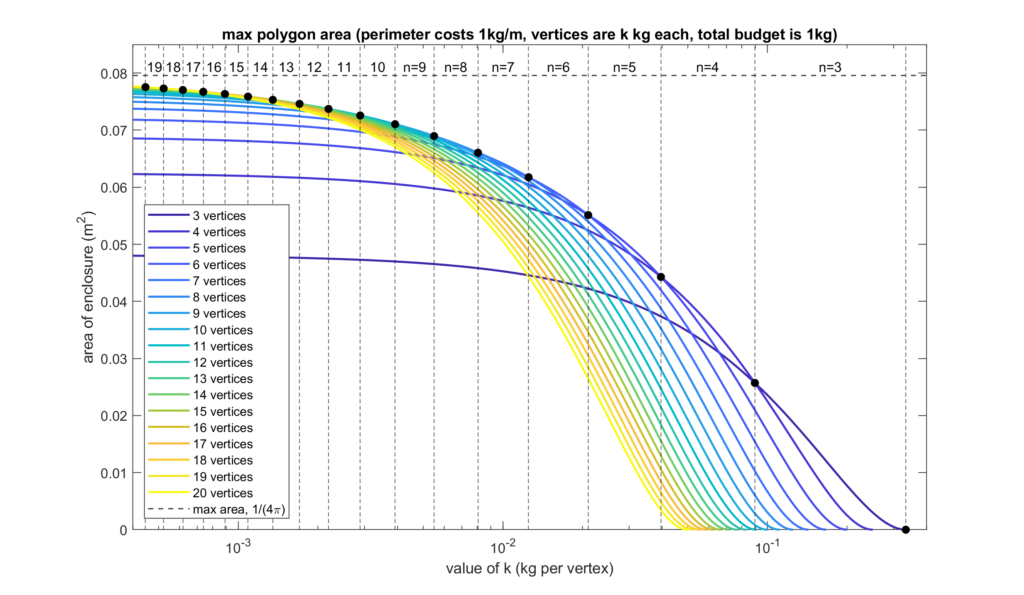 We can interpret this formula as follows: $k_n$ is the smallest value of $k$ for which we should use $n$ posts in our enclosure. So if we make $k$ smaller, it becomes more efficient to use $(n+1)$ posts instead. Here are the first few numerical values of $k_n$: